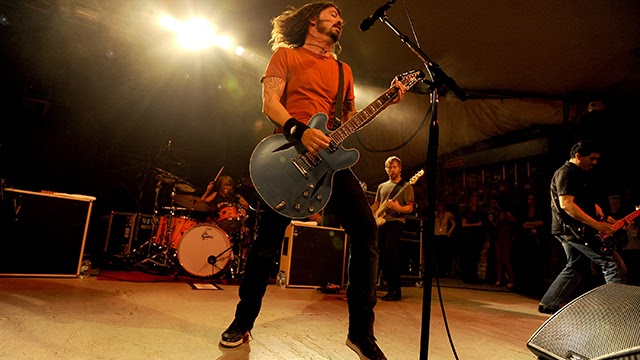 'Twas the night before Super Bowl XLVIII and with headlining shows from Foo Fighters and Red Hot Chili Peppers, rock was in full effect Saturday (February 1, 2014) across New York City in celebration of the Seattle Seahawks' face-off with the Denver Broncos taking place today (February 2, 2014) nearby in New Jersey. Seattle rock icon Dave Grohl and Co. (above) held court  on a temporary Manhattan stage, while the Chili Peppers -- who are set to join Bruno Mars' big halftime show today -- took over Brooklyn's Barclays Center. MORE HERE

Most of the Foo Fighter's set is HERE