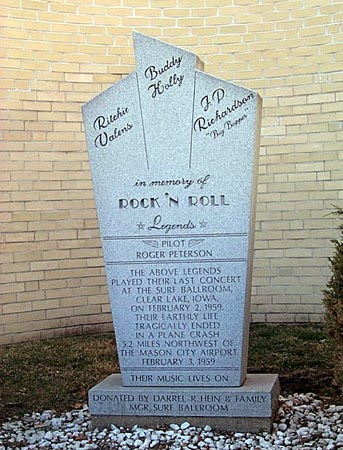 Everyone knows Don McLean's famous song "American Pie" – but did you know it was 55 years ago, on February 3, 1959, that the group of musicians the song references were tragically killed in a plane crash?

Buddy Holly, Ritchie Valens, and JP Richardson (better known as 'The Big Bopper') were all aboard a small Beechcraft Bonanza plane to make it to a tour date for a collaboration when the pilot lost control of the plane, crashing it into a corn field in Iowa.

The three stars were young icons of the rock and roll era, with Buddy Holly in particular being an oft-cited influence on giants that followed him, like The Beatles, Bob Dylan, The Rolling Stones, and Bruce Springsteen – even though Holly was only 22 when he died. source

Posted by CDMartini at 8:40 AM