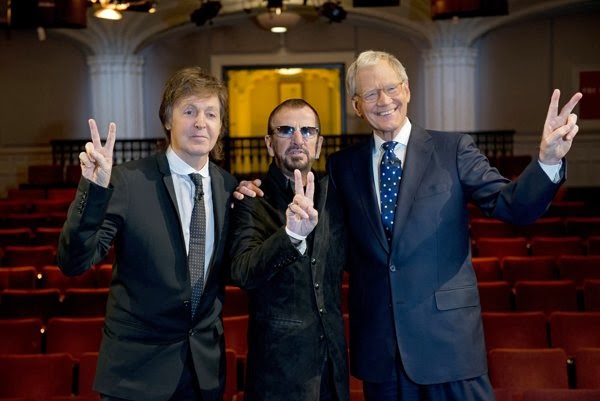 The ‘Late Show with David Letterman’ also celebrated the 50th anniversary of the Beatles‘ arrival in America with a week of programming dedicated to the group.

Monday (February 3, 2014), indie band Broken Bells performed ‘And I Love Her.’ The next night (Tuesday February 4, 2014) it was Sting, singing ‘Drive My Car.’ Wednesday (February 5, 2014) featured the Flaming Lips, with special guest Sean Lennon on ‘Lucy in the Sky with Diamonds,’ and Lenny Kravitz delivered 'Get Back' on Thursday (February 6, 2014).
Posted by CDMartini at 8:20 AM