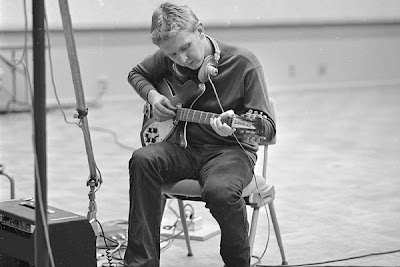 Once lauded by John Lennon as his "favorite group," singer-songwriter Harry Nilsson had a long and rewarding music career marked by such hits as 1969's "Everybody's Talkin.'" Now, for the first time since it was recorded in 1967, Nilsson's cover of the Coasters' classic "Searchin'" is seeing the light of day.

"Searchin'," along with other previously unreleased songs, will appear on the new Harry Nilsson box set The RCA Albums Collection

Listen to the track HERE
Posted by CDMartini at 11:07 AM