CBGB Movie To Premiere At CBGB's 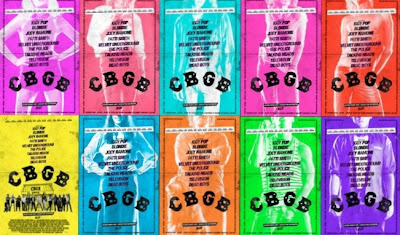 The CBGB Music and Film Festival is being held again in the city that was the home of the iconic punk club. This year is the second for the festival which will be held from October 9 to the 13 (2013) at various venues around New York.

On the opening night of the festival, the dramatic film CBGB will get it's festival premier at The Landmark Theater on East Houston Street.

Based on the behind-the-scenes story of the beginnings of the US punk movement, CBGB features a talented ensemble cast channeling the prime movers of the era. Starring Alan Rickman as late CBGB owner Hilly Kristal, the film chronicles the creation of the music landmark and musical movement that spawned Blondie, Television, The Ramones, Talking Heads, Dead Boys and The Police. MORE HERE