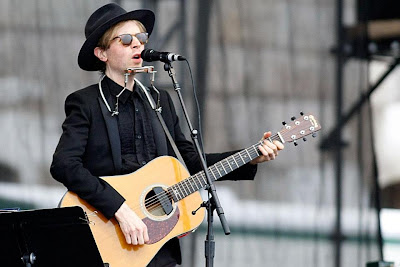 It ended with a one-man wonder and his microphone.

Beck’s performance brought the capacity crowd to a standstill for the first time since the festival’s three days of nearly nonstop music on three stages began Friday (July 26, 2013). MORE HERE

Email ThisBlogThis!Share to TwitterShare to FacebookShare to Pinterest
Labels: beck, the newport folk festival, where it's at