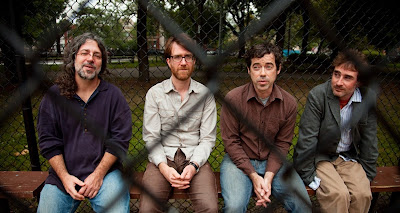 , the first single from its upcoming album of the same name to be released September 3, 2013.

The group worked with filmmaker Braden King and programmer Jeff Garneau to create a piece that pulls random images and GIFs from select Tumblr blogs. Because of this, the video never looks the same way twice.

To experience the video, head to http://califonestitches.tumblr.com and click on the bottom left, where it says "Show me your stitches." Note that you can click on any image to view it in color and/or add a message on the back that can be re-blogged. source