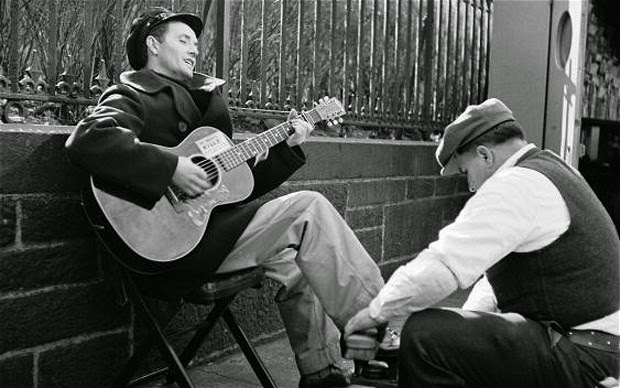 Although he's most commonly associated with the plains of Oklahoma, Woody Guthrie spent the last 27 of his life in country's biggest urban area; New York City and he had written many songs there.

Come September 23, 2014, many of those songs will be released in My Name Is New York

, a three-disc compilation audio book that pairs tracks Guthrie wrote about his adopted hometown with informal interviews featuring Pete Seeger, Ramblin' Jack Elliott and Nora and Arlo Guthrie. Below listen to an exclusive stream of the title track, a previously unreleased demo, and read the Rolling Stone interview with Nora Guthrie, which includes more info about the forthcoming LP and her father's time in NYC HERE