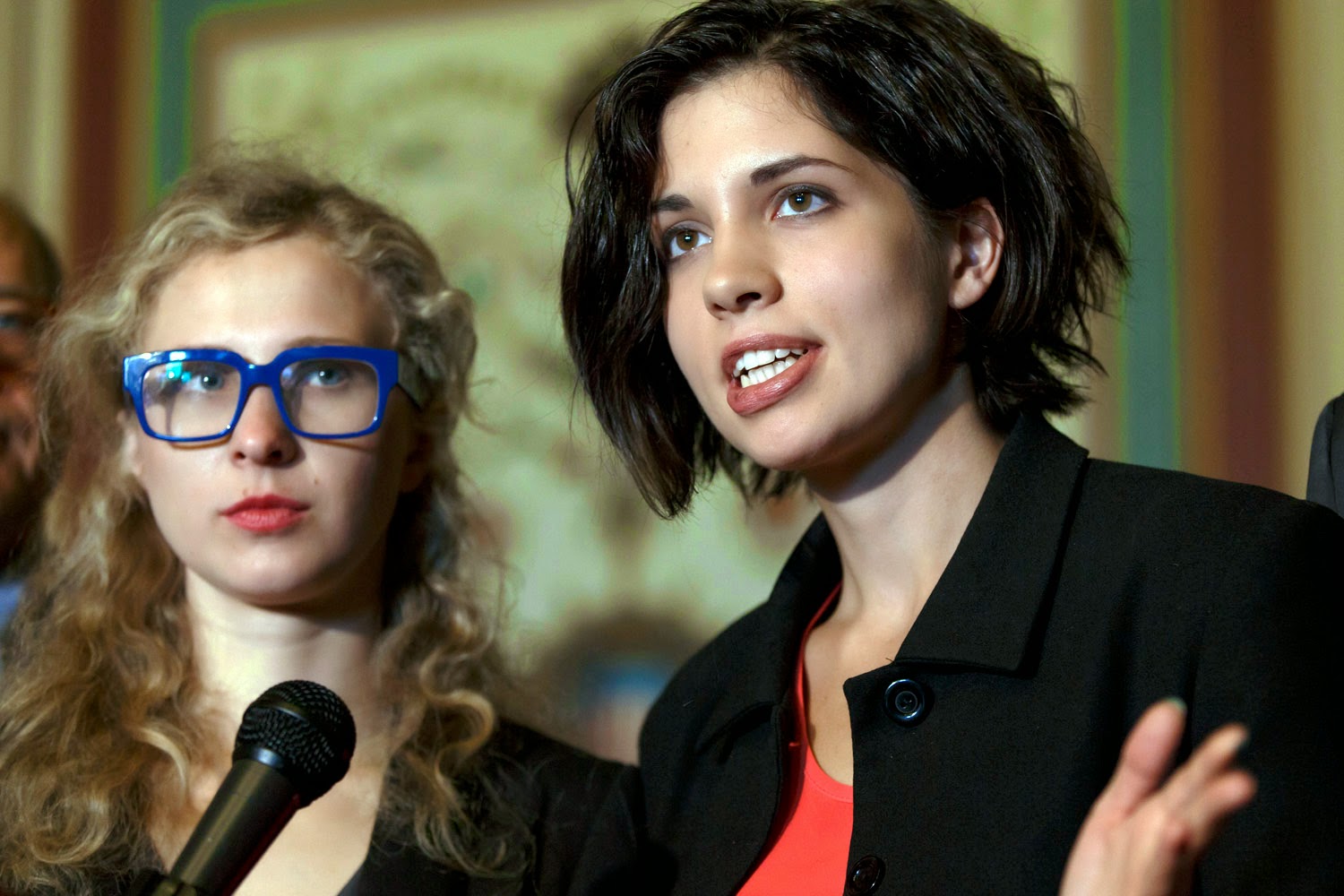 Two members of the feminist punk rock group Pussy Riot are suing the Russian government in the European court of human rights (ECHR) over their imprisonment for a 2012 protest performance at a Moscow cathedral.

Maria Alyokhina (above left) and Nadezhda Tolokonnikova (above right), who were given an amnesty in December (2013) after serving 21 months in prison and pre-trial confinement, are demanding €120,000 each in compensation, plus €10,000 in court fees. They argue that the investigation and prosecution violated their rights and amounted to torture. MORE HERE & HERE

Posted by CDMartini at 8:48 AM