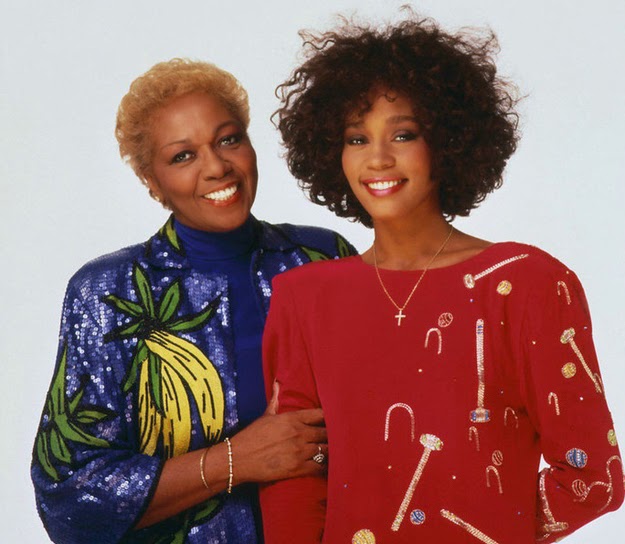 TV channel Lifetime is looking to do a Whitney Houston biopic titled “I Will Always Love You: The Whitney Houston Story.” The new Houston movie is to be directed by actress Angela Bassett (making her directorial debut).

But one person close to Whitney Houston, who died in 2012, says that the movie shouldn’t air – and that people should just leave Whitney alone.

That person is none other than the singer’s mother, Cissy Houston (above left). MORE HERE & HERE
Posted by CDMartini at 8:40 AM