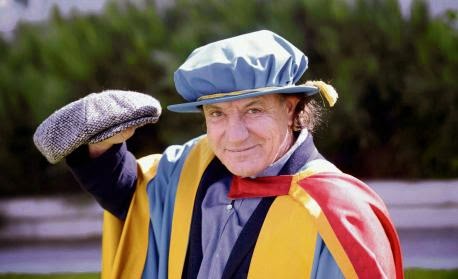 The 67-year-old, who was born in Dunston, Gateshead, (England), was awarded an honorary Doctor of Music for his "inspirational" achievements.

He began singing in a church choir in Gateshead, before making his name with the band Geordie in the 1970s.

He joined Australian-based rockers AC/DC in 1980 after the death of the band's original singer Bon Scott. MORE HERE & HERE