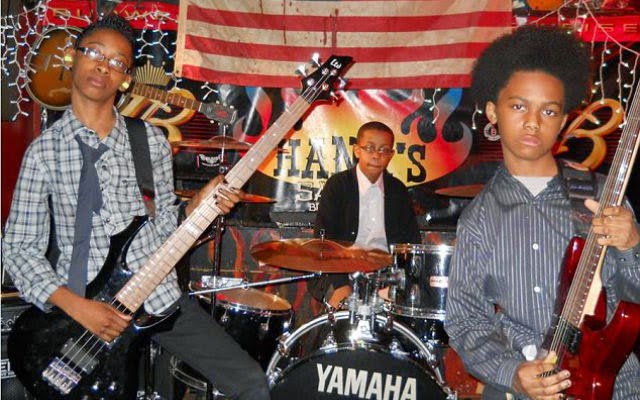 Three of the hottest rockers on the metal scene aren’t out of middle school yet, but the Brooklyn boys just signed a huge record deal.

Sony has committed to producing at least two albums with Unlocking the Truth — and it has an option for four more records.

Guitarist Malcolm Brickhouse (above right), 13, bassist Alec Atkins (above left), 13, and drummer Jarad Dawkins (above center), 12 — who have played at gigs all over the country, including appearances at Coachella festival in California and opening for Guns N’ Roses — are promised an advance of $60,000 for their first recording. The second record could net them an advance as much as $350,000. MORE HERE & HERE