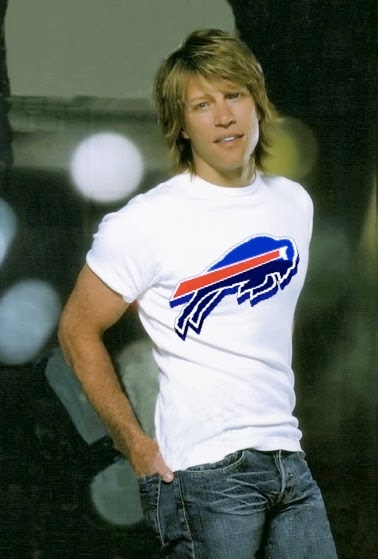 With the imminent sale of the Buffalo Bills, many Bills fans are focused on who will take care of their team to the point of leaving them alone and keeping them in Western New York.


Jon Bon Jovi aligned himself with a group out of Toronto that wants to make a bid on the Buffalo Bills and move the team there. Bills fans panties are in a bunch, and a movement was started to ban Bon Jovi music in bars. 92.9 JACK FM heard about it, and decided to latch on to the movement and show their support for the fans by banning Bon Jovi music through the summer, or until another owner is chosen.

The station even created a parody song about the rocker. You can go to their website to sign a petition to keep the Bills in Buffalo.

Bon Jovi has come out and stated that he has no intentions on moving the Bills. MORE HERE, HERE & HERE