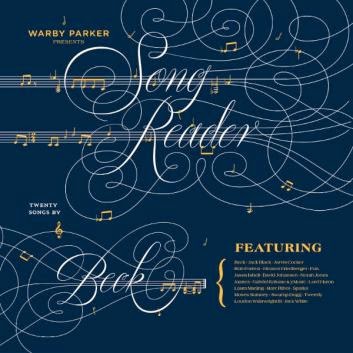 , will get a recorded release on July 29, 2014 – but Beck himself is singing only one of its songs. The record, titled Warby Parker Presents Beck Song Reader

The album's release ties into the debut of Beck-created, limited-edition "black cherry" Carmichael eyeglass frames by Warby Parker, which is producing the album. (The album will be released by Capitol Records.) The company is also putting out a new edition of the Song Reader