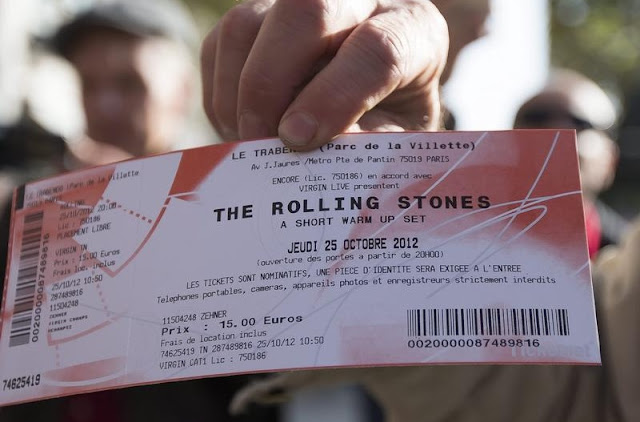 The Rolling Stones announced a surprise "warm-up gig" in Paris, and within an hour the Champs Elysees was swarming with fans hoping to get satisfaction with one of the 350 tickets for the Thursday (October 25, 2012) night show.

The (EURO)15 ($19.5) tickets, announced on the Rolling Stones Twitter account, came with strings attached: No more than two per person, names printed on them and IDs required at the door at the show intended as a prep for the band's 50th anniversary arena shows in London and Newark, New Jersey.

Guitarist Ronnie Wood had said that the Stones could play several small clubs, possibly under the name the Cockroaches, an alias they've used before. MORE HERE

source
Posted by CDMartini at 9:30 AM