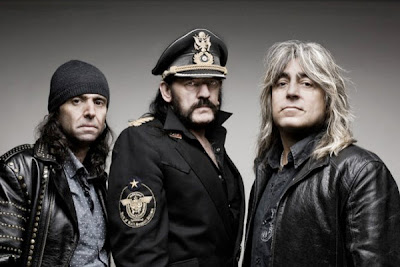 The Motorhead crew plans to rev up for its next album in early 2013.

Lemmy has also spoken out about plans for the band's forthcoming 40th anniversary, which will take place in 2015.

The metal legend said: "We'll think of something; we always do - probably involving naked women or something."
Posted by CDMartini at 8:23 AM