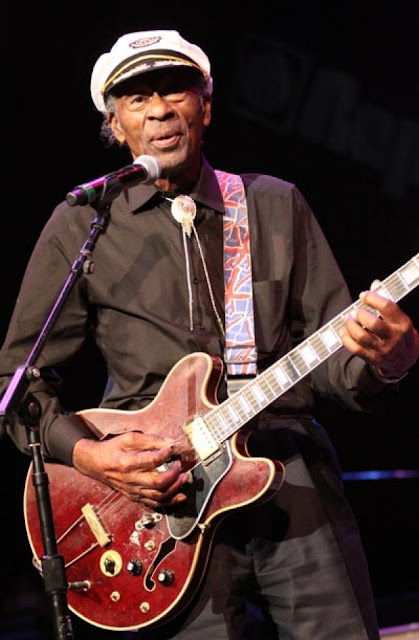 The Rock and Roll Hall of Fame and Museum have honored Chuck Berry for the 17th annual American Music Masters® series.

Roll Over Beethoven: The Life and Music of Chuck Berry, was a weeklong celebration ending in a tribute concert last night October 27, 2012.

Berry turned 86 this month; yet there he was, doing his signature duck walk across the stage during the sold-out show.

Berry received a standing ovation but it was only the second of the night. The first went to Country Music Hall of Famer Merle Haggard. The Hag offered up "Maybellene," Berry's first offering for Chess Records, a 1955 hit that rose to No. 1 on Billboard's R&B charts and No. 5 crossing over to the pop charts.MORE HERE, HERE & HERE