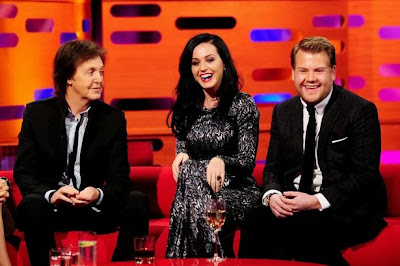 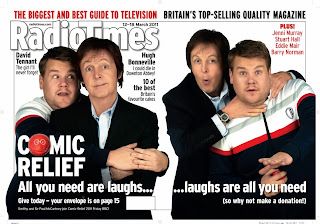 Sir Paul McCartney agreed to appear in a TV sketch on condition that James Corden agreed to name his son after him, the actor has revealed.

Corden had hoped to land the former Beatle's services to feature in a Comic Relief film - and he pledged to name his forthcoming baby after the musician.

The pair shared the story as they appeared on The Graham Norton Show.

James' son Max was born shortly after filming the sketch, broadcast in 2011, and was given a middle name McCartney.MORE HERE & HERE

Posted by CDMartini at 7:24 AM