The Reflektors/Arcade Fire In Los Angeles 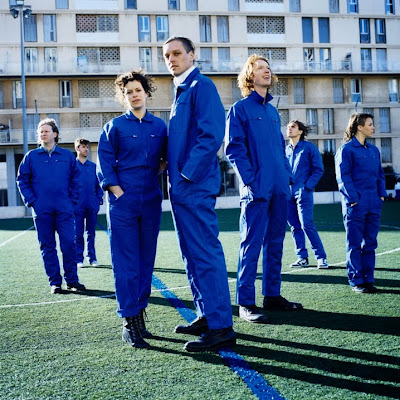 Recently Arcade Fire has been popping up in various cities and television shows to market its new release, and as part of the rollout the band announced a Tuesday, October 29, 2013 L.A. gig at an undisclosed location in conjunction with the MTV Iggy and Intel "The Music Experiment 2.0."

That undisclosed location will be outside of Capitol Records building in Hollywood.

No tickets are for sale to the show. Fans can only secure entry through Music Experiment. Earn tickets by contributing creatively – in the form of decorated CDs, "Reflektor

"-related memes, smartphone self-portraits and more. It's also been requested that winners come to the concert wearing costumes.

Those unable or unwilling to jump through the hoops can see the gig via live stream or on demand at www.MusicExperiment.com as well as the Music Experiment Windows application.

It'll be a busy week for the Arcade Fire. The band performed a closed gig for NPR at Capitol; later, an appearance on Jimmy Kimmel Live and they'll perform at the Hollywood Palladium as the Reflektors. MORE HERE

Posted by CDMartini at 9:52 AM