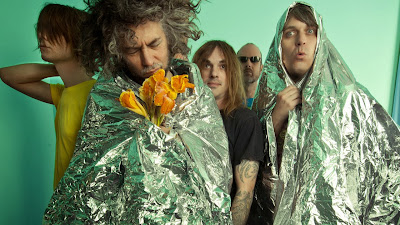 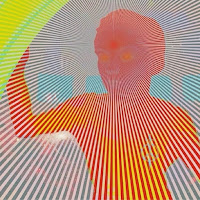 For about 15 minutes Thursday night, indie-rock jokesters the Flaming Lips pronounced their own demise. In a Tweet they've since deleted, they wrote, "We have sad news. We've broken up…" A whole 18 minutes later, though, they tweeted again, "lol just joking guys," and deleted their farewell. MORE HERE

A new EP from The Flaming Lips, Peace Sword

includes six songs inspired by a story in 'Enders Game', including this dark, strange, synth-heavy jam "If They Move, Shoot 'Em." source 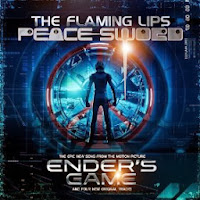 The Flaming Lips will release the new EP digitally on October 29, 2013 and as a limited-edition 12″ vinyl and CD for Record Store Day Black Friday on November 29, 2013. In anticipation, all six tracks are streaming online - (Shoot 'Em link above and) HERE