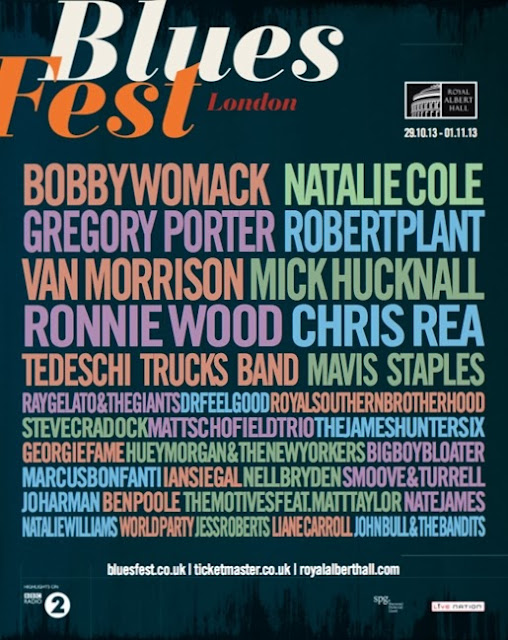 The Ronnie Wood Band have been confirmed to close 2013 BluesFest with a tribute to Jimmy Reed.

The gig will take place November 1, 2013, closing four nights of blues at the Royal Albert Hall.

There's simply no sound in the blues as easily and instantly recognisable as the music of Jimmy Reed. Songs like 'Baby, What You Want Me to Do', 'Bright Lights, Big City', 'Honest I Do', 'You Don't Have to Go', 'Going to New York', 'Ain't That Lovin' You Baby' and 'Big Boss Man' have become such an integral part of the standard blues repertoire, it's almost as if they have existed forever.

The prospect of Ronnie Wood paying tribute to one of his true musical heroes is indeed a mouthwatering one for anyone who loves rockin, stompin, earth shuddering Blues. What's more, he will be joined by another Rolling Stones legend, guitarist Mick Taylor, making this a concert not to be missed. MORE HERE
Posted by CDMartini at 10:13 AM