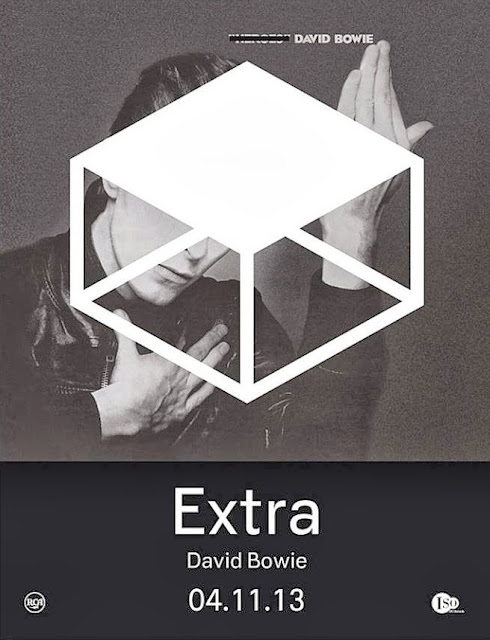 Bowie's The Next Day

will be reissued on November 4, 2013 (11/5/13 in U.S.) as a three-disc collector's edition with a handful of previously-unreleased tracks.

It's dubbed The Next Day Extra

, and it includes the original 14-track CD; a 10-track CD of bonus songs; and a DVD of the four promotional films already released for the album: "Where Are We Now?"; "The Stars (Are Out Tonight)"; "The Next Day"; and "Valentine's Day."

Email ThisBlogThis!Share to TwitterShare to FacebookShare to Pinterest
Labels: bbc, bbc radio 6, david bowie, the next day, the next day extra, the stars (are out tonight), valentine's day, where are we now