Promoter Not Guilty of Negligence in Jackson Death 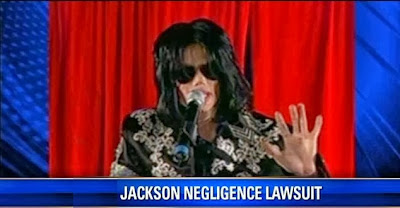 Jackson's mother Katherine sued the L.A.-based promoter following the 2009 death of the King of Pop as a result of Conrad Murray's involuntary manslaughter that included his supervision or lack thereof during a fatal injection of the anesthesia Propofol:

A key topic of debate: Who hired Murray, the singer's personal physician?

AEG Live, which allegedly took on a doc who didn't supervise Jackson's medical needs properly as the star prepared for a multi-million-dollar schedule of "This Is It" shows at London's 02 Arena? Or Jackson, allegedly stuck on drugs, himself?

At about 3:40 p.m. the jury said it was AEG Live that hired Murray, but that he was not unfit as a doctor. Thus it would appear the company was not liable for Murray's actions.

Will there be an appeal? Probably. MORE HERE

Jury explains why it sided with AEG

Conrad Murray speaks out
Posted by CDMartini at 8:51 AM