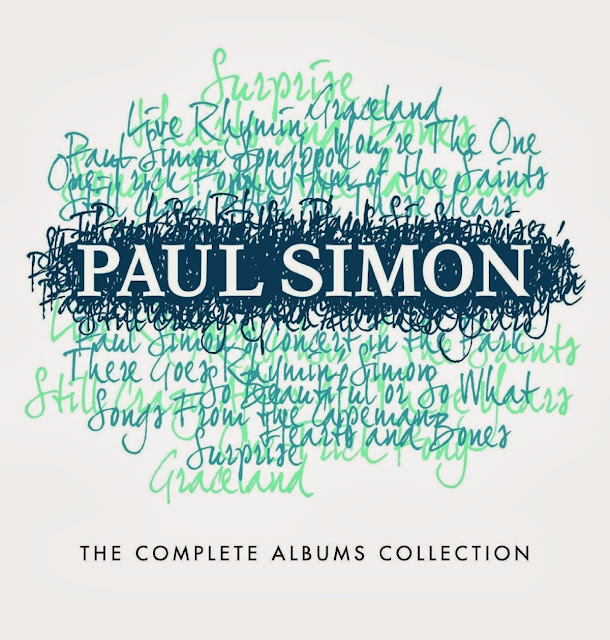 ’, which gathers all of his solo albums in a hefty 15-disc package. The set will be released on October 15, 2013 two days after the singer-songwriter celebrates his 72nd birthday.

’, 1975′s Grammy-winning ‘Still Crazy After All These Years

Many of the records compiled on the box set (which come in sleeves reproducing the original album art) will feature bonus tracks, including alternate versions, demo recordings and live tracks. More than three dozen bonus cuts are included.

Email ThisBlogThis!Share to TwitterShare to FacebookShare to Pinterest
Labels: graceland, paul simon, so beautiful or so what, still crazy after all these years, the complete albums collection, the paul simon songbook