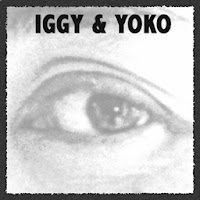 One of Miami’s favorite residents and legendary singer, song writer, musician and actor Iggy Pop has selected South Florida-based Paws 4 You as the recipient of proceeds from a live recording of Yoko Ono track, Waiting for the D Train (above).

Paws 4 You, the Miami-based, nonprofit animal rescue organization that is dedicated to saving, rehabilitating and placing dogs with the lowest possibility of finding loving homes, was selected personally by Pop as the beneficiary of proceeds from the sales of this limited edition single.

In addition to 1,000 one-sided vinyl records (with an etching by Ono on the flip side) released September 13, 2013 the songs will also be available digitally through Chimera Music (search: Waiting for the D Train). source
Posted by CDMartini at 9:54 AM