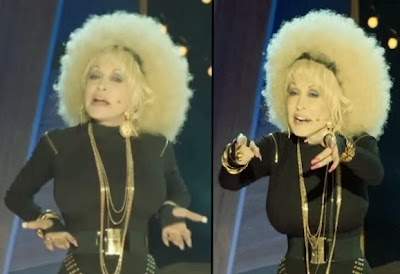 The country star is putting in an appearance on Queen Latifah's talk show airing Monday (October 21, 2013) to promote her appearance in a new Lifetime original Christmas movie A Country Christmas Story. The movie debuts Saturday, November 9, 2013.

On the show Dolly actually raps about Queen Latifah, Miley Cyrus, twerking and, of course, her boobs. source

A video of the performance is HERE

Posted by CDMartini at 9:10 AM