Dan Rather Interviews The Hag 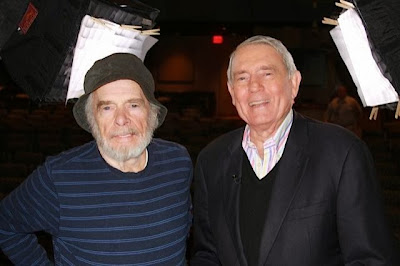 Dan Rather's THE BIG INTERVIEW on AXS TV— is a new series which features interviews with some of the most well-known talent from the entertainment industry.

On Sunday September 30, 2013 (original air date) country music legend Merle Haggard sat down for a rare one-on-one interview with Dan rather. He’s been given one of this nation’s highest achievements for the performing arts…he’s been elected to the Country Music Hall of Fame, but it all started with a life behind bars.

If you missed it, not to worry...it will be rebroadcast on AXS ...Check broadcast schedule HERE