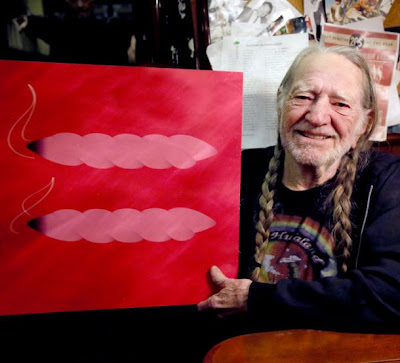 Willie Nelson loves love. "Love is what I live on. Love is what keeps me going," he wrote in his 2006 book The Tao Of Willie. And Wednesday night, in an interview in Austin on his tour bus, Willie said he believes love doesn't discriminate, "and it shouldn't be discriminated against."

Nelson has been watching the Supreme Court arguments over same-sex marriage and the Defense of Marriage Act, the federal law defining marriage as the union of a man and a woman. "[Gay people] should be just as miserable as the rest of us," quipped Nelson, before giving a more nuanced explanation of what he says has been a life-long, unwavering belief that all people deserve equal protection under the law. MORE HERE
Posted by CDMartini at 10:11 AM