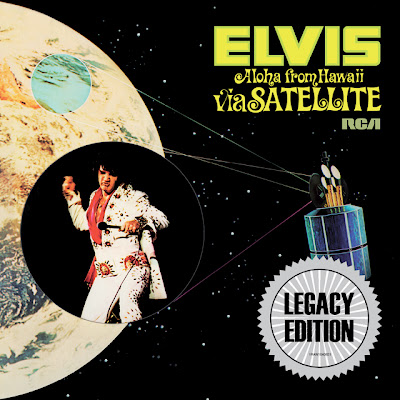 The 40th anniversary of the historic one-hour satellite broadcast of Elvis Presley from the Honolulu International Center Arena in January 1973, viewed by over 1.5 billion people worldwide, is now commemorated with the release of ALOHA FROM HAWAII VIA SATELLITE: LEGACY EDITION.

Great article by Harvey Kubernik at Record Collector News HERE
Posted by CDMartini at 7:34 AM