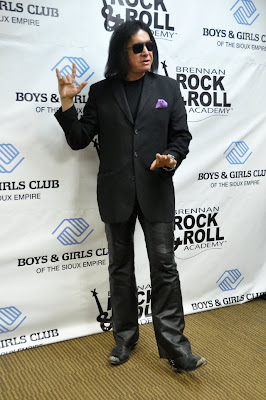 Kiss frontman Gene Simmons made a surprise appearance at a Sioux Falls benefit concert Saturday, at which he spoke of music’s power to positively shape children’s lives.

“This is about kids. We’ve had our chance. We’ve got to give them a chance. Anything that gets them off the street is a good thing,” Mr. Simmons said.

Music, Mr. Simmons said, is self-empowering. MORE HERE
Posted by CDMartini at 9:32 AM