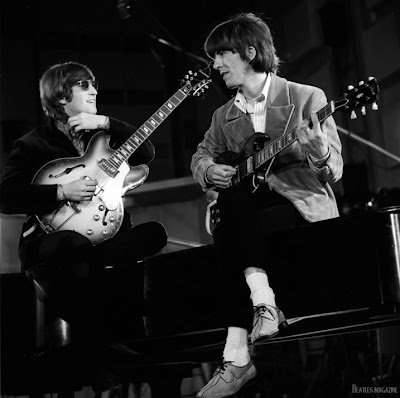 A blue plaque has been unveiled in London to Beatles legends John Lennon and George Harrison.

The commemoration was at 94 Baker Street, London which was the site of the now dissolved Apple Boutique clothing store.

It was owned in the 60s by Apple Corps Ltd, a company formed by the band.


A blue plaque to Lennon was already there and has been replaced with one that also remembers Harrison, who died in 2001.

The plaque was unveiled by Rod Davis, the banjo player in Lennon's first band, The Quarrymen. It was formed in 1956 and would eventually morph into The Beatles.

The event had been organized by The Heritage Foundation.

source
Posted by CDMartini at 8:36 AM