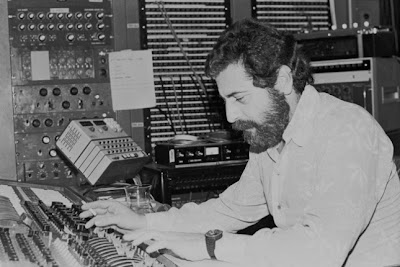 Phil Ramone, the instinctive music producer whose mixing mastery for Frank Sinatra, Barbra Streisand, Bob Dylan, Ray Charles, Paul Simon and Billy Joel helped fashion some of the most sumptuous and top-selling albums of his era, has died. He was 72.

The 14-time Grammy winner and 33-time nominee once dubbed “The Pope of Pop” was hospitalized in late February (2013) with an aortic aneurysm died Saturday morning March 30, 2013.

A native of South Africa who at age 10 performed as a violinist for Queen Elizabeth II, Ramone spent years working as a songwriter, engineer and acoustics expert in New York before charting a path that would make him a trusted studio partner in the eyes (and ears) of the industry’s biggest stars. MORE HERE

NPR piece HERE
Posted by CDMartini at 8:53 AM