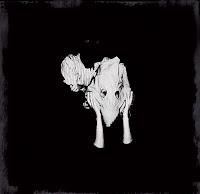 Sigur Rós made their first television appearance in nearly a decade on Friday night (March 22, 2013) when they debuted their new song "Kveikur" on Late Night With Jimmy Fallon (above).

The song is the title track off their forthcoming new album, which is due out in the U.S. on June 18, 2013. MORE HERE