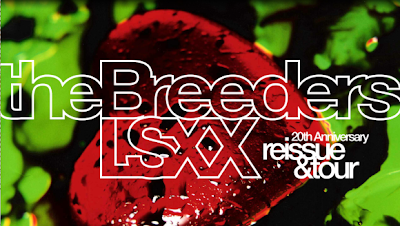 The Breeders are celebrating the 20th anniversary of their Platinum-selling album Last Splash with a limited edition, seven-disc vinyl box set, now available for pre-order at 4AD Records. Release date is April 23, 2013.

The reunited Breeders are currently on tour to support the anniversary and release. Last night, Friday March 29, 2013 they performed at The Bell House the Brooklyn borough of New York City.