Willie & Lukas Together In Austin 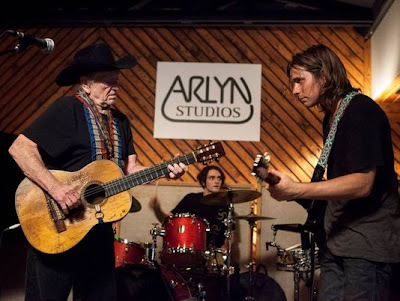 Lukas Nelson had a surprise in store for fans attending his set Tuesday night March 12, 2013 in Austin.

Nelson and his band, Promise of the Real, performed before a sold-old crowd at Arlyn Studios, a 7,000-square-foot facility that occupies a part of the Austin Opera House downtown.

Midway through his set, Lukas invited his dad, 79-year-old Willie Nelson, to join him on stage. MORE HERE

Posted by CDMartini at 7:57 AM