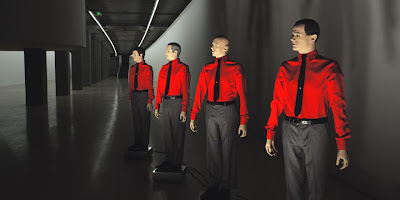 As pop stars go, they are pretty much as inoffensive as you can get, a bunch of German pensioners who practically invented electronica with their hypnotic loops and robotic antics.

But Kraftwerk have apparently fallen foul of the Chinese authorities, not for their lyrics or their dissolute ways (the most you could ever accuse them of is eccentricity) but for something they did more than 10 years ago. A case of the past catching up with the futurists.

According to reports in Beijing, the ministry of culture denied the German quartet a visa because they were scheduled to perform at a pro-Tibetan independence concert in 1999. In fact, Kraftwerk’s performance at the Washington DC fundraiser was ultimately cancelled because of a lightning storm.