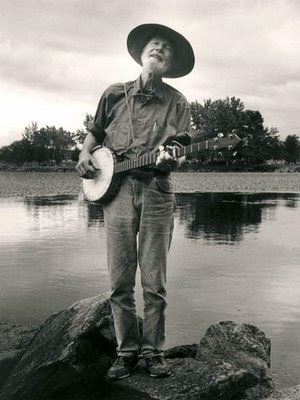 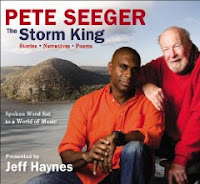 Pete Seeger has written countless songs, among his most popular are “Where Have All the Flowers Gone,” “Turn, Turn, Turn!” and “If I Had a Hammer” (“The Hammer Song”), that have all been recorded and performed by other artists. Seeger founded The Weavers and The Almanac Singers and never shying away from stating his true opinion, became blacklisted in the United States during the Joseph McCarthy era and garnered flack for singing songs in protest against the Vietnam War.

Available HERE
Posted by CDMartini at 9:30 AM