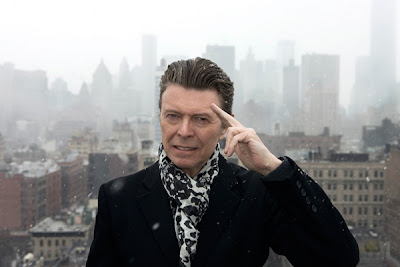 It's been almost four months since David Bowie announced he was returning from semi-retirement and six weeks since The Next Day arrived on shelves, but Bowie has yet to utter a word in public, let alone make any sort of appearance, in support of the album. He is starting to crack just the tiniest bit, though.

The Rumpus writer Rick Moody recently asked him to supply a "work flow diagram" for his new album and Bowie responded with forty-two words. It's all HERE

Posted by CDMartini at 7:52 AM

Email ThisBlogThis!Share to TwitterShare to FacebookShare to Pinterest
Labels: david bowie, rick moody, the next day, the rumpus