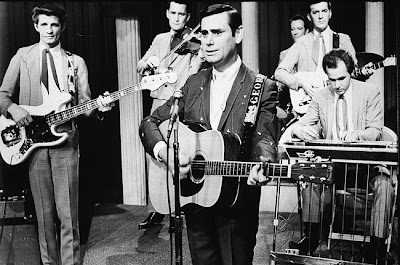 WSM-AM Program Director said, “We broke the news around 9:15 AM, then went full George Jones mode. We started with a handful of songs per hour, but the outpouring of listeners and artists calling and emailing prompted us to throw out the playlist and go wall-to-wall George Jones songs—his hits, live performances, rare recordings, anything and everything we have..." MORE HERE

Strictly Hardly Vinyl devoted an entire show to George Jones on 4/26/2013.
Posted by CDMartini at 8:19 AM