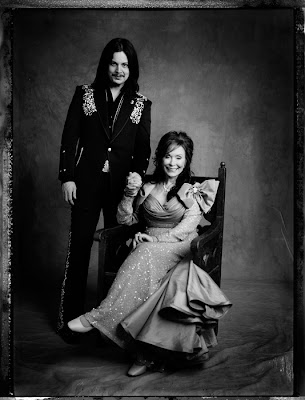 So it’s only fitting that, in celebration of Record Store Day White took it upon himself to construct a recording booth in his Nashville-based Third Man Records studio and record a cover of one of Lynn’s most famous song, “Coal Miner’s Daughter.” Per White’s predilection for all things old-fashioned, the track is sufficiently crackly, simulating the sound of well-worn vinyl.

White also extended an offer to any nearby musicians to stop by and record their song to vinyl.

By the looks of the official Third Man Records Instagram, none other than Neil Young stopped by to take up White’s offer. MORE HERE
Posted by CDMartini at 7:36 AM