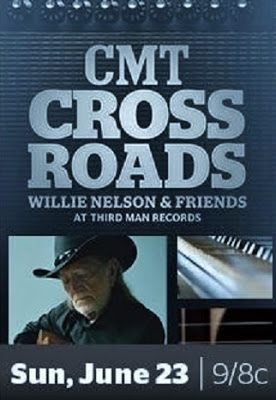 When it came time for Willie Nelson's second CMT Crossroads appearance, he found it difficult to pick just one artist to join him. Plus, it was a birthday celebration to mark his 80th.

"I've got a lot of friends," laughed the native Texan with characteristic charm.

Instead, Nelson and CMT came up with an all-star list of performers to take part in CMT Crossroads: Willie Nelson & Friends From Third Man Records.

Video HERE
Posted by CDMartini at 8:17 AM