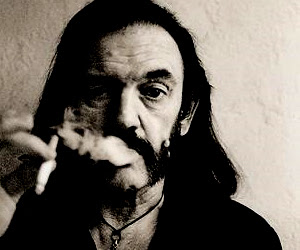 Word of Lemmy’s latest ailment came from Barley Arts Promotion, the promoter behind the scheduled -- and subsequently canceled -- June 25, 2013 show in Milan, Italy.

Although the group’s official website hasn’t confirmed Lemmy’s hematoma -- a mass of blood localized collected outside the blood vessels -- the Motorhead homepage is circulating reports which confirm his ailment.

The rocker was recently fitted with a implantable defibrillator to correct an irregular heartbeat.

source
Posted by CDMartini at 6:51 AM