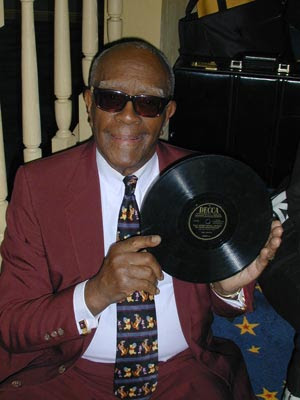 Although some controversy exists, Harold Jackson was the last surviving member of the Ink Spots.

Jackson, featured in the "If I Didn't Care" video as the narrator has been referred to as "The Original Rapper"

Harold Jackson's 'bass talking' on "The Ink Spots - A Man" track is another great example of his talent.

source
Posted by CDMartini at 8:05 AM

Email ThisBlogThis!Share to TwitterShare to FacebookShare to Pinterest
Labels: a man, harold jackson, if i didn't care, the ink spots