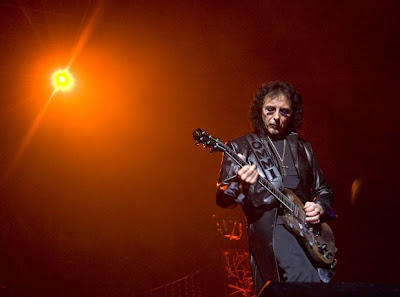 Black Sabbath's Tony Iommi has said that the band will be touring "as much as we're able" next year (2013).

Writing in a post on his website, Iommi.com, the guitar player thanked fans for their support throughout the year and also made reference to his battle with cancer.

The band has recently revealed that they are six tracks into recording their new album, which is due for release in April 2013. Iommi has said that the final album will consist of 15 tracks. MORE HERE

Posted by CDMartini at 8:04 AM