Pussy Riot Among Person of the Year Nominees 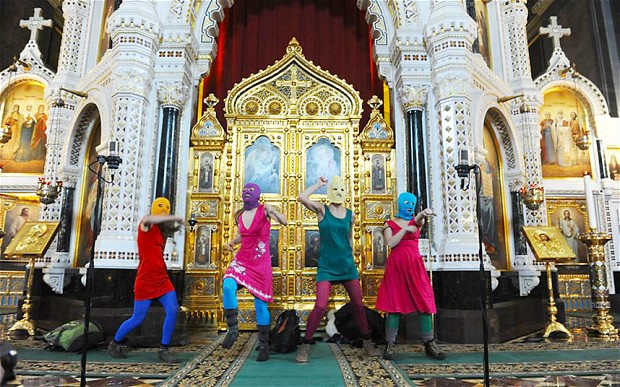 Members of the Russian punk band Pussy Riot were nominated by Time magazine for the 2012 Person of the Year.

The punk band is among 40 candidates, who influenced news this year for better or worse. The list also includes US President Barack Obama, US Secretary of State Hillary Clinton, Syrian leader Bashar al-Assad, Olympic champion Michael Phelps and others. MORE HERE

Pussy Riot have also been named in a list of the world’s most important contemporary art figures. MORE HERE