Beck & Blige Roll With The Stones 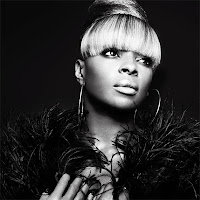 Mary J. Blige and Jeff Beck will join The Rolling Stones at their show at London’s O2 Arena tonight (Sunday November 25, 2012). The announcement came via the band’s Twitter account. Bill Wyman and Mick Taylor have also confirmed that they will play with the band during their London shows.

source
Posted by CDMartini at 9:48 AM