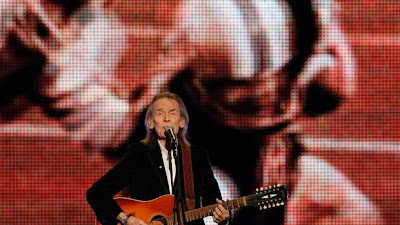 When it works, having a combination of different artists from different genres performing together can make for a fantastic collide in the music world at live events like the Grey Cup and Super Bowl.

Justin Bieber faced a hostile homecoming. They booed when his face popped up on the JumboTron. They booed when a host spoke his name at the onset of halftime. And they booed with extra glee as he took the stage and throughout his medley of so-called hits.

The 74-year-old Lightfoot certainly did captivate the crowd Sunday. With the stadium lights down, Lightfoot opened the halftime show by materializing on a modest stage near the 50-yard line, dressed in black and strumming an acoustic guitar. The crowd roared. MORE HERE & HERE

Video HERE
Posted by CDMartini at 7:28 AM