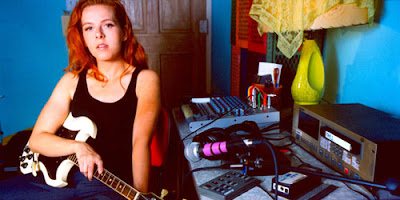 Neko Case’s powerful voice and elliptical songs—ranging from blaring power pop to haunting alt-country—have for nearly twenty years made her a singer apart: a goddess among boys in the New Pornographers, a mysterious lone frontierswoman of sorts on her solo records. All that mythology gets peeled away on her new album, The Worse Things Get, The Harder I Fight, The Harder I Fight, The More I Love You

. After going through a very hard time, Case was ready to dispense with songs about tornadoes and foxes and finally write some about herself. Interview HERE