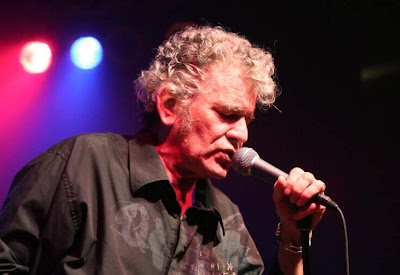 The health problems continue for Nazareth frontman Dan McCafferty. He collapsed and required medical attention for the second time in a month and the band have been forced to cancel yet another run of shows.

Nazareth postponed a number of UK shows at the beginning of the year after McCafferty contracted a virus, then had to cancel a Canadian tour in July when he collapsed on stage.

A message posted on the website for Belgium’s Vosterfeesten event, which Nazareth had been scheduled to headline this past Sunday, reported that McCaffery was in a Swiss hospital “after he suffered a stroke,” adding that it was “the second [he'd had] in a short time.”

The veteran rockers have been forced to cancel additional shows in Germany and Sweden. MORE HERE & HERE
Posted by CDMartini at 10:17 AM