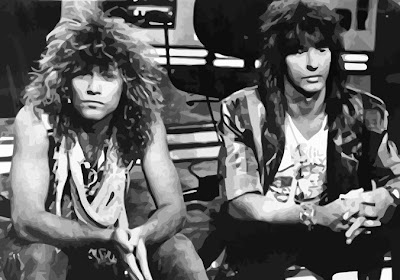 Bon Jovi lead guitarist Richie Sambora (above right) has been dropped after 30 years.

But a source familiar with the band, while conceding communication between the band’s singer and guitar hero has been poor, said reports of a split are incorrect and at best premature.

The 54-year-old Sambora has been with Jon Bon Jovi’s band since its formation in 1983 -- and he provided the licks on 12 albums that sold a total of 130 million copies. MORE HERE
Posted by CDMartini at 10:41 AM